Lots of cakes to keep me busy

Just a quick post today as I have been really busy recently, lots of baking amongst other things and gearing up to make my first weeding cake (eeek)

any way first was a friends the Flash themed birthday cake: 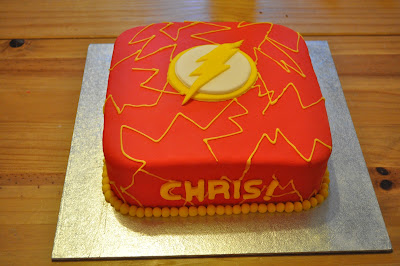 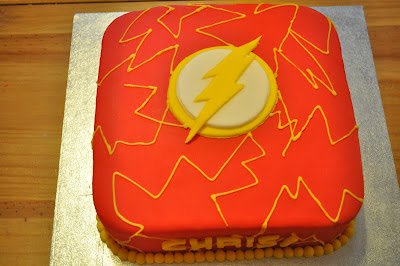 Then I had an order for two extra chocolaty cakes covered in chocolate fondant and decorated simply but however I liked. here they are: 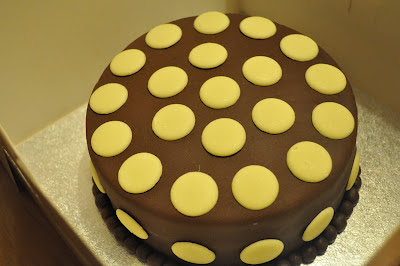 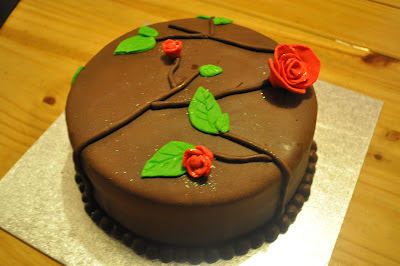 Next one was a bit of a rush job with the decorating and I wasn't sure what to do but went with fondant roses and chocolate vines.

Then I had an order for some lemon cupcakes for a baby shower.: 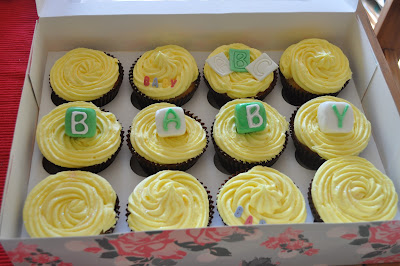 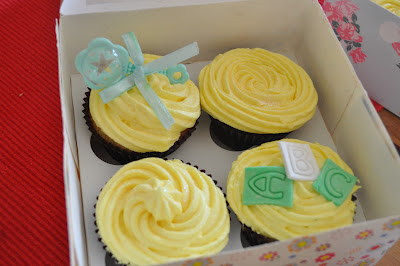 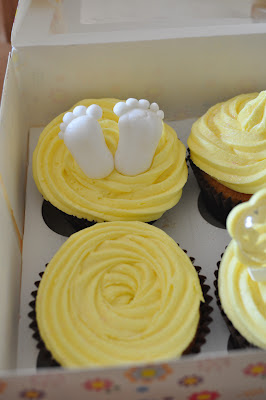 I wish I would have been able to make more of these cute little feet but I was short on fondant.

And lastly was an order for some cupcakes for a saints and sinners theme hen night! 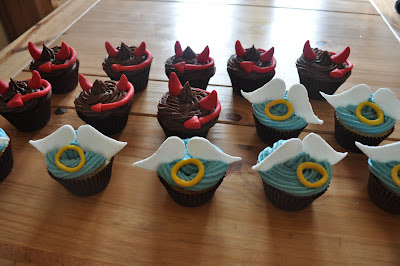 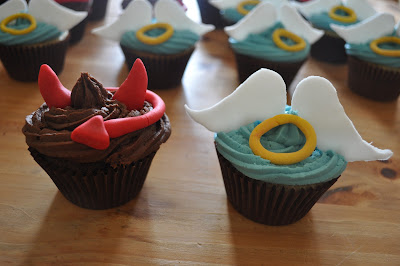 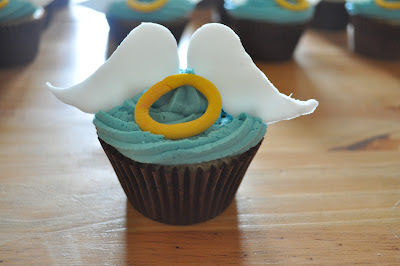 Are you a saint? 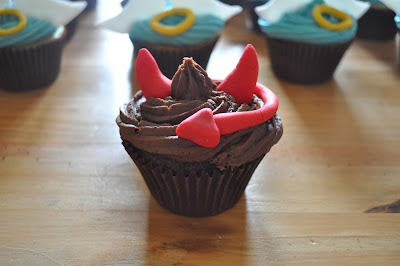 So that's it , no recipe for today but a lot of pictures. I have another bust few weeks coming up with weddings birthdays and lots of plans but as ever it will involve a lot of baking. then hopefully I'll get time to bake some new things for me just in time for Christmas (blimey where has the year gone! )

Love the saints and sinners ones!

The saints and sinners design is genius, great idea well executed! New admirer of your blog :-)
The Pantry Door

cupcakegirl
Liverpool, United Kingdom
A love for all things pretty and tasty